Prey is one of those games which no matter how much people go on about, you really do think is all hype. Apparently the game was originally conceived in 1995 but is only being released this year due to a range of dramas which have punctuated this game's long development history. I must have missed out on all the early hype because this game definitely did not register on my radar. At best even Prey fans were starting to think the game was another Duke Nukem Forever.

And then I finally saw the demo was released, and lots of people were raving about it. Based on the Doom 3 engine, initial screenshots of the game made it look pretty much like Doom 3 but with a Native American central character instead of a futuristic marine. Once again I was quietly underwhelmed by the game. However I am not one to poo-poo a game without actually trying it, especially when a free demo is available, so I downloaded the game and set about trying to see what the fuss was about. 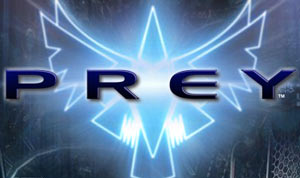 The first thing that strikes you about this game is that the Doom 3 engine is not the star of the show. It's not graphics which drives this First Person Shooter, it is - surprisingly enough - gameplay and innovation. Sure, the game has great graphics and very immersive environments, but the truth is they would account for nothing in today's overcrowded marketplace of FPS's if this game didn't have a special something. It really does capture the juxtaposition of an ancient culture with a biomechanical alien invasion in a way you'd never think was possible. And the innovative features although nothing mind blowing are numerous enough to make the game highly playable and very interesting. So after all those words, I guess what I'm trying to say is that this is not just another Doom 3 clone dressed up as a new-age game. If you don't believe me, download the Prey Demo and give it a try for yourself, I promise you that you'll find it to be not what you expected.

Although Prey is firmly based around a modified Doom 3 engine, and as such much of my current Doom 3 Tweak Guide applies to the game, the in-game settings are sufficiently numerous and different to warrant clear explanation and screenshot comparisons, and I've also taken the time to go through the various major console commands and weed out any ones which don't work for Prey, along with adding a few new commands which Prey brings to the Doom 3 engine. Give the guide a read through to make sure you get the most out of this innovative and refreshing game.

Note: This guide refers to the latest version of Prey, Version 1.4. Make sure to check back regularly for updates.