It's been a little over a year since the original Ghost Recon: Advanced Warfighter (GRAW) was released for the PC, and already a sequel has been made. Ghost Recon: Advanced Warfighter 2 continues the tradition of the Ghost Recon series, in that it is a tactical shooter with the emphasis on tactics rather than just shooting. More importantly, it appears to be closer to the type of game fans of the series expected the first GRAW to be. It's no secret that many GR fans were disappointed by GRAW, and the developers GRIN appear to have listened to these complaints and incorporated changes which make GRAW 2 a notable refinement. 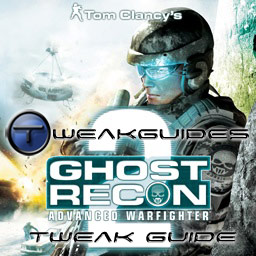 Having tried the recent Multiplayer Demo, I was very impressed with GRAW 2. The sights, sounds and gameplay are all much more carefully balanced than the average multiplayer game to be enjoyable and playable, while still keeping the game firmly rooted in the concept of rewarding the use of tactics and the right weapons rather than blindly running around firing at anything that moves. The single player campaign in the full version of the game also seems to be quite fun to play through, though multiplayer is where the game shines.

The game engine is much the same as that used in the first GRAW, however it too has been improved noticeably. Not only does it look better than the original GRAW, it also seems to have quite reasonable performance at maximum settings on most recent machines. However for those with older machines, not to mention people who want to know what all the settings do, and how best to adjust them for optimal FPS and gameplay advantage, I've prepared this guide. Spread throughout this guide are a range of tweaks, tips and tidbits which should please even the most die-hard Ghost Recon fan, as well as satisfying the curiosity of those completely new to the game. Give it a good go-through and see what you find. 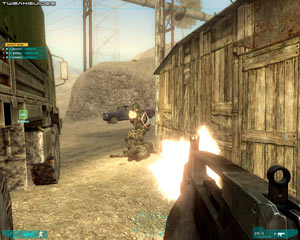 Note: This guide refers to the latest version of GRAW 2 Version 1.05. Make sure to refer back to this guide as it will be updated regularly.