As a young cinemagoer I remember watching the preview of coming attractions, and I'd notice that without fail at least one preview would have a gritty voiceover saying: "If you only see one movie this year, make it this one!". Nowadays it's something you don't hear often, maybe because no recent film has been truly worthy of that level of hype, or possibly because the studios don't think we're stupid enough to buy it anymore. Either way, when I first started playing Crysis, I suddenly found myself wanting to say: If you only buy one game this year, make it Crysis!

Now before you think that I'm going to head off into a gushing fanboyesque serenade of all things Crysis, let me stop you right there. Let's be clear about some things: Crysis is not a revolution in first person shooters. It is not the greatest game ever made, nor does it change the way you will live your life forever. Marketing hype aside, it is however a landmark title, an absolutely stunning progression of video game graphics; one of the most photo-realistic and immersive first person shooters to date. For that reason alone, if no other, I urge you to consider getting Crysis. Of course before shelling out any cash to purchase it, you should first download the demo and see how it runs on your machine. 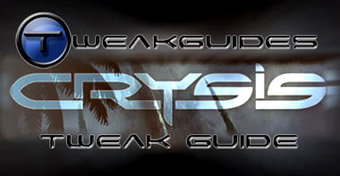 When Crytek released Far Cry back in 2004, it was hailed as an instant success. An immersive, beautiful game world filled with intelligent enemies and lots of room to explore. It was a welcome departure from many of its contemporaries - the lush tropical island setting was a world away from the cramped dungeons, dark hallways, and vast stacks of crates usually found in other video games. Gamers loved it, and as you'd expect, they wanted more. Soon after Far Cry's release, Crytek set to work in an effort to answer that call.

For three years now, Crytek have been busy pushing the technological boundaries of video gaming through their work on CryEngine2, the beast which powers Crysis. The results of their efforts are obvious - CryEngine2 crams virtually every type of special effect found in other games into Crysis: motion blur, depth of field, full dynamic soft shadows, soft particles, HDR lighting, destructible vegetation, detailed physics, realistic animations, and excellent artificial intelligence to name a few. The game world literally feels like it's a living, breathing environment, and that's not an exaggeration. 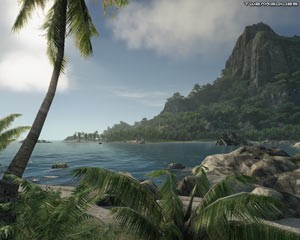 If there's one thing which most people will complain about, it's the amount of computing power necessary to make Crysis live up to its promise. This isn't surprising of course, as we've known for quite a while how advanced Crysis would be. While Crytek's programming skills are evident in the way the game seems to be quite optimized despite the sheer amount of work the engine is doing at any one time, there is still plenty of scope to tweak and customize the game further to suit your individual needs. This guide attempts to cut through all the conflicting information about Crysis and provide all the working tips and tweaks, along with a range of other useful information, all in one handy source. There are no quick fixes in the guide, but there's plenty of detail for those of you willing to experiment.

Note: This guide refers to the latest version of Crysis, Version 1.2.1. It also applies to Crysis Warhead and Crysis Wars when used in conjunction with the Crysis Warhead Tweak Guide. Make sure to check back regularly for updates.