When it was released at the end of 2007, the original Crysis had a dramatic - and somewhat polarizing - impact on the gaming community. Virtually everyone agreed that it was one of the most graphically stunning games ever to grace the PC, but opinion was divided on the somewhat harsh performance toll that these amazing graphics took on most systems. While the game could be run at lower settings and thus be quite playable on even low-end PCs, unfortunately the overwhelming desire of many gamers to run Crysis at its maximum settings meant that a great deal of disappointment and anger ensued, souring the Crysis experience for some. However graphics aside, there were also many complaints regarding various gameplay aspects that some players felt detracted from Crysis, particularly in the latter half of the game. 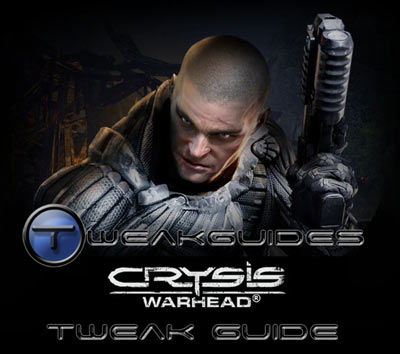 The lessons that Crytek took from the feedback on the original Crysis have been put into effect in Crysis Warhead, a standalone expansion pack/parallel story to Crysis. In Warhead you take on the role of a somewhat more quirky and animated character by the name of Sargeant "Psycho" Sykes, a bit player in the original game, but who now comes to the fore to deliver his unique take on infiltration, combat and life in general. Just as Warhead's Psycho is a more dynamic character than Crysis' relatively reserved Nomad, so too the game is much more dynamic and action-packed. With Warhead Crytek has taken great care to resolve what many saw as the negative gameplay aspects of the first Crysis, such as vast tracts of open unpopulated areas, unimpressive aliens, and a lack of variety. Warhead gives you more explosions, more combat, more vehicles, more weapons and a more cinematic experience - while still allowing stealth and exploration similar to the first game. It's the same island, but it's a new game.

Almost as important, Crytek has proven their commitment to improving the game by revising and enhancing the oft-overlooked but excellent multiplayer component of Crysis. Crysis Wars is a genuinely improved version of the Crysis multiplayer experience, and brings highly immersive and exciting online gameplay to complement Crysis Warhead's relatively short singleplayer campaign. All the existing maps and modes in Crysis MP are available in Crysis Wars, along with new modes, new maps and new weapons, and greatly improved netcode.

In terms of performance, the situation is still not what many would expect or desire a year after Crysis was released. Despite promising a great deal of optimization, Warhead performs roughly on par with Crysis, and running it smoothly at maximum settings requires a high-end PC. However there has been optimization in that the environment is more detailed, and there's much more action on screen at any time, so to get the same performance with more happening is actually a form of optimization, albeit not quite what people were expecting. The bottom line however is that Crytek can't work miracles - for the game to look amazing at its highest settings, it will still require a lot of computing power. 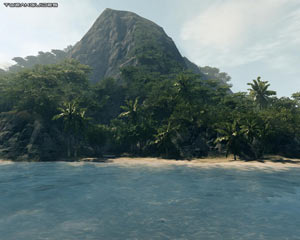 For the most part, tweaking Crysis Warhead and Crysis Wars is almost identical to Crysis. However there are a range of differences that I felt needed to be spelled out, so I've put together this brief guide - to be used in conjunction with the original Crysis Tweak Guide. It should give you everything you need to know to get Crysis Warhead up to speed on your machine.


Note: This guide refers to the latest version of Crysis Warhead Version 1.1 and Crysis Wars Version 1.5. However this is not a standalone guide, it is meant to be used in conjunction with the Crysis Tweak Guide. Make sure to check back regularly for updates.