Might & Magic is one of the oldest franchises in PC Fantasy gaming, along with the Dungeons & Dragons and Ultima series, dating back to the 1980s. And just like these famous RPG games, it has a vast array of followers who have grown very familiar with the medieval fantasy world of M&M. Dark Messiah of Might & Magic, while continuing much of the traditions of Might & Magic, is a bit of a departure from the series in that it uses a 3D first person RPG format, similar to The Elder Scrolls IV: Oblivion, and downplays the RPG elements quite a bit.

Having mentioned Oblivion, it must be noted that the comparisons are unavoidable, as although these games differ from each other in many ways, the genre of highly immersive, complex first person RPGs is still only populated by a few choice entries - of which Dark Messiah and Oblivion are two of the most prominent. Indeed if you like Oblivion, it's likely you will also take kindly to Dark Messiah, but it's important to note that unlike Oblivion, Dark Messiah has a much more structured linear storyline and does not have the massive world freedom of Oblivion. To me this is a bit of a drawback for the game, but I suppose it's a matter of taste.

Dark Messiah is based on a modified version of the Source Engine by Valve, which powers several other very popular games including Half Life 2, CounterStrike: Source and Day of Defeat: Source. This engine is extremely versatile and is used to great effect in this game, with atmospheric sound and graphics, and highly detailed creatures and characters with excellent AI. But unfortunately it also inherits the Source engine's infamous Stuttering problem which is due to the way the engine handles data loading. Along with this issue comes a few other bugs and glitches which have caused players some frustrations.

There are no magic fixes to these problems, but I've prepared this guide to help people resolve these issues as much as possible and get the game to a playable state. There are several differences between the way the Source engine works in Dark Messiah and other Source games, so I've retested all the commands originally found in my Half Life 2 Tweak Guide, added several important new ones unique to Dark Messiah, refined descriptions to be clearer, and grouped together at least a dozen commands which can help reduce stutter. Also included are a range of general troubleshooting tips, and of course details of all the in-game settings and what they actually do in terms of performance and visual quality. Give the guide a go and see if it can help you. 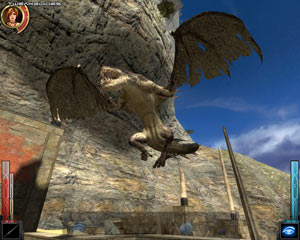 Note: This guide refers to the latest version of Dark Messiah of Might & Magic Version 1.0.2 SP & 1.04 MP. Make sure your refer back to this guide often for updates.