In March 2007, a little-known developer called GSC released a game that had been in development for almost six years. S.T.A.L.K.E.R.: Shadow of Chernobyl was immediately hailed as a success by fans, who overlooked a range of bugs and other quirks and enjoyed its immersive post-apocalyptic atmosphere. Over time, STALKER (we can now do without the periods) improved through the release of a series of official patches and unofficial mods. GSC has decided to capitalize on STALKER's success by releasing a standalone expansion entitled STALKER: Clear Sky. Using much of the same game assets and locations as the original, Clear Sky is a prequel to the original story, and attempts to provide STALKER fans with more of the same, but with a range of enhancements. 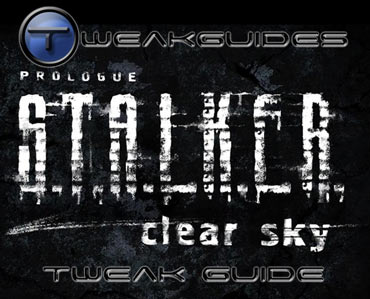 For the most part Clear Sky does exactly what you'd expect. It is an enhanced version of what players came to experience in STALKER: Shadow of Chernobyl. There are no dramatic changes as such, and for many fans this will be of comfort. The upgraded X-Ray Engine 1.5 adds two new 'Enhanced Dynamic Lighting' graphics modes, one of which supports DirectX 10. This allows new effects such as volumetric lighting (god rays), volumetric smoke, wet surfaces, soft particles, soft water, and steep parallax mapping. What all this means is that the Zone looks much more realistic and detailed than ever before. However the older DX9 and DX8 rendering modes remain for those who need the extra performance.

Similarly, the gameplay remains much the same, however there are enhancements including the new 'Faction Wars' feature which allows players to align themselves with a particular faction if they wish, and fight to defend or obtain control of particular areas. Of course you can also simply ignore the factions and let them fight it out between themselves. Weapons modification and repair is also improved, allowing the player to create a range of custom weapons, and repair them when they become damaged, rather than simply being forced to throw them away.

Unfortunately though, just as with the original STALKER upon its release, a range of quirks, annoyances and bugs are currently par for the course in Clear Sky. The degree to which patches and mods iron out these problems remains to be seen, but there is a great deal of hope given that GSC did release several patches for STALKER, and importantly, there is an established and experienced modding community able to provide mods which significantly alter the game to suit individual tastes. For the moment the first few patches have ensured that the game is in a playable, if not perfect, state. 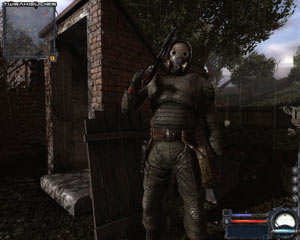 Since STALKER: Clear Sky is not dramatically different to the original STALKER in many respects, much of the customization and tweaking advice in Clear Sky is the same as that in Shadow of Chernobyl. However because there are two entirely new rendering modes, a whole range of additional settings and new tweaks, as well as tweaks which no longer work in Clear Sky, I've written this guide to allow users to fully understand and customize Clear Sky thoroughly to better meet their needs.

Note: This guide refers to the latest English version of STALKER: Clear Sky Version 1.5.10. Make sure to refer back to this guide often for updates.