There have been a range of World War II shooters released in the last few years, and it is indeed a rich historical period for basing games upon. Games like Medal of Honor, Return to Castle Wolfenstein/Enemy Territory, Battlefield 1942 and Brothers in Arms spring to mind as being the latest in the genre of WWII-based first person shooters. For the most part, these games tread over the same well-worn tracks, and each time a new WWII FPS comes out, you can feel a collective cringing in the gaming world: it's like stretching a rubber band and waiting to see how long it takes before it snaps. How many WWII first person shooters can games developers make before the gaming public has had enough?

When Call of Duty came out in 2003, it seemed likely that rubber band would snap. However this was not to be the case - it somehow was fresh enough and interesting enough to garner a wide following of gamers. I can't speak from personal experience though - I never got into the first Call of Duty, I was too busy having fun in Wolfenstein and Battlefield 1942 multiplayer, and so I missed this acclaimed title. I wasn't about to make the same mistake when Call of Duty 2 was released as a demo recently, and so I quickly set about finding out what exactly I had missed. It turns out I've missed a lot - Call of Duty 2 is unmistakably a great game. 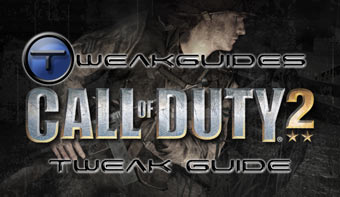 When I got my hands on the full version of Call of Duty 2, I was already expecting great things based on the demo. However I had my expectations blown away within an hour of starting the first winter mission based in the Soviet Union: there was a point at which, as part of the Soviet army, we sat in trenches preparing for an onslaught of Germans rushing over a snow-covered plaza towards us, their collective battle cries growing ever louder as they approached. The highly detailed and atmospheric graphics, the stirring musical score, the amazing sound effects and the total 'believability' of the scene actual made me feel a mixture of pride and fear - an inkling of what I imagine those poor frozen Soviet soldiers felt during the real events. This is truly one of the most immersive games I have played in recent times.

Infinity Ward have moved away from the Quake engine they used for the first Call of Duty, and have coded a new engine (borrowing a range of elements from the Doom 3 engine) for Call of Duty 2. This engine appears to deliver the goods and when run at maximum eye candy really does look as good, if not better, than the Doom 3 engine. However that in itself has become a dual-edged sword: the very source of these amazing DirectX9 graphics and effects has caused a lot of users a great deal of pain, as they find their systems unable to cope with these high-quality DX9 effects. For the most part I can assure you that the COD 2 engine is not "flawed" from what I can see - it simply uses a variety of advanced techniques which can severely drain anything but the most recent of medium to high-end graphics cards. Fortunately there are ways you can adjust these settings to improve your performance.

I've compiled this Call of Duty 2 Tweak Guide to help all COD 2 players out. The guide runs through all the in-game settings in careful detail, providing lots of screenshot comparisons of the main graphical effects to aid you in deciding on the precise balance of performance vs. visual quality on your system. It covers all the advanced tweaking possible in Call of Duty 2, and finally it provides links to a range of valuable resources to help you in troubleshooting, modifying and patching the game.

All in all, I think you'll find the guide well worth reading, so let's begin.

Note: This guide refers to the latest version of Call of Duty 2 - Version 1.3. Make sure to check back regularly for updates.