Given the massive success of Battlefield 2, the sequel to the popular Battlefield 1942 and kin to Battlefield Vietnam, EA Games have decided to extend the Battlefield franchise into the future - both literally and figuratively. The year is 2142, and the world is in the grip of a new ice age, so what little land there is that is not covered in ice is fiercely contested by the European Union and the Pan Asian Coalition. The battles are now fought with high tech weaponry and machinery, like giant walking mechs and hover tanks. While this may all sound a bit disconcerting to some BF2 fans, it really isn't that hard to pick up if you've already played a Battlefield game before - the general dynamics of gameplay is much the same, and the new Titan game mode is very easy to learn.

Unfortunately there is general unhappiness in some quarters at the way in which the Battlefield franchise is being handled by EA. Some people would argue that Battlefield 2 is already a great game and EA Games should focus on fixing the glitches and issues BF2 still has rather than simply moving on to BF2142. I'm not going to disagree with you on that one, I personally don't believe BF2 lived up to its full potential and took way too long to have simple gameplay exploits patched for example. That's why my advice is for you to wait before purchasing BF2142 - try the Battlefield 2142 Demo for yourself to see whether you like it and whether it runs smoothly on your machine (after some tweaking of course). Also check out the details of its controversial new in-game advertising system on page 4 of this guide. In the end if we want EA to listen to complaints about the Battlefield series, we need to send the message through our purchasing power as consumers, not through abusive emails and non-productive forum posts.

Now onto the game's performance and tweaking potential. For the most part Battlefield 2412 is based on a slightly improved version of the Battlefield 2 engine, and indeed also performs roughly the same as BF2 does, though it has better shader effects for example. Although tweaking BF2142 is similar to BF2, there are several important differences, a range of changed commands, and of course a series of problems which people may not experience in other Battlefield games. Therefore I've prepared this guide to give you all the information you need to customize, optimize and troubleshoot BF2142 so you can experience the game as smoothly as possible. Give it a try for yourself. 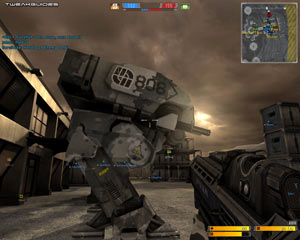 Note: This guide refers to the latest version of Battlefield 2142 Version 1.51. Make sure to check back regularly for updates.