BioWare is a company well known for their popular RPG-based games, such as Knights of the Old Republic, Neverwinter Nights, and the Baldur's Gate series. So when they decided to create an entirely new and original game called Mass Effect, based on the latest version of the Unreal Engine, it's no surprise that soon after its release for the XBox 360 it became a hit. However PC gamers were left out in the cold, and it wasn't until six months later that we've finally been able to get our hands on Mass Effect to see for ourselves what all the fuss is about. 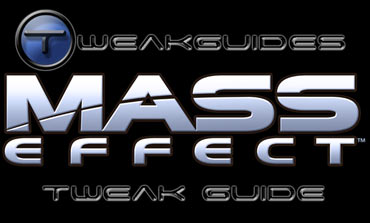 The good news is that, as promised, BioWare has indeed put some effort into making sure that Mass Effect is not just another poor quality console port: the control system and the HUD in particular have been refined to better suit the PC's keyboard and mouse; the graphics have been improved; and most important of all, the performance of the game is excellent - at least for most people. Mass Effect's gameplay has similarities with previous BioWare games, however the combat is much more fluid and more likely to suit FPS gamers. The storyline and atmosphere seem to have a mix of elements from TV shows like the new Battlestar Galactica and Stargate Atlantis, as well as classic movies like Blade Runner and Star Wars. At times it may border a little too closely on simply being an interactive movie, however in general there are enough chances for you to engage in relatively freestyle exploration and combat, so it never really feels like it's on rails, even when it is. Overall the game seems to hit the mark in drawing the player into its intriguing and colorful world, keeping you focused on wanting to learn more about what's really going on, and how you fit into the bigger picture.

However the game's release was not without controversy. A major concern that many people have had with regards to Mass Effect's PC debut is its much-maligned Activation system. As a single-player PC game, EA and BioWare felt that it was necessary to beef up the game's defences against piracy, and as a result Mass Effect verifies itself online the first time it is run, and subsequently whenever you install a new update for it. I won't get into specifics here - refer to page 4 of this guide for all the details of how this system works. 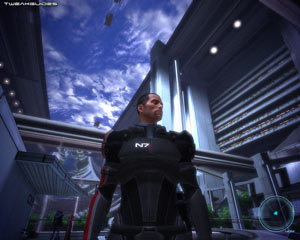 As I noted earlier, for the most part Mass Effect actually performs quite well, as long as you meet the game's minimum requirements. The game is based on the Unreal Engine 3.0, which through various tricks and effects produces an attractive game world without crippling your PC. However I've produced this guide firstly to make sure that everyone understands all the in-game settings, but more importantly, so that all the major advanced tweaks which allow further optimization and customization of both graphics and gameplay can be documented in the one location. The guide is rounded out with a range of troubleshooting tips and other information which should be of great use to Mass Effect players, so give it a run through.

Note: This guide refers to the latest version of Mass Effect, Version 1.02. Make sure to check back regularly for updates.