The original Star Wars Knights of the Old Republic (KOTOR) was a special Star Wars-based game among the dozens of Star Wars-based games already out there. It was a Role Playing Game played with First Person Shooter graphics and flair. While a few other games have done this in the past (e.g. Sacrifice), I had yet to see a truly popular game successfully undertake this most difficult of genres. KOTOR was a breath of fresh air  not too rigid in its RPG elements, yet still sufficiently broad enough to allow some satisfying role playing. At the same time it had great 3D graphics and sound, and enough special effects to be worthy of an top-notch FPS. All in all it was a great package.

As with most KOTOR fans, I was somehow saddened when I completed the game, because I wanted more of the same. Well LucasArts heard the calls from fans, and commissioned a sequel to KOTOR, called Knights of the Old Republic 2: The Sith Lords. While the first KOTOR was developed by BioWare, this second chapter is a product of Obsidian Entertainment. However the sequel is still based on the KOTOR Odyssey engine (which itself is based on Neverwinter Night's Aurora engine), and the gameplay and overall feel of the game remains much the same. 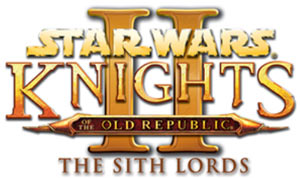 In many ways, certain aspects of the game have improved. In particular you have greater choice in your responses, and your responses and actions have greater consequences than the original KOTOR. And of course there is a new storyline to play through. However in many other ways, unfortunately certain aspects of the game are now much worse. This is primarily the result of a rushed production schedule which has resulted in a game which has a (justifiably) unfinished feel to it.

Many KOTOR 2 players are reporting a range of problems with the game, from the annoying to the serious. Now I can't promise to solve all of your problems in this Knights of the Old Republic 2 Tweak Guide, but I can guarantee that it contains all the working tweaks and troubleshooting tips I could find to hopefully improve your KOTOR 2 playing experience. 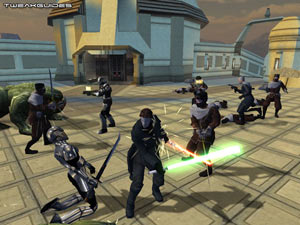 Only one way to find out - read the guide!


Note: This guide refers to the latest version of Star Wars Knights of the Old Republic 2 Version 2.10.427 (Patch 1.0b), including the Media Update Patches. Also note that since the original Star Wars Knights of the Old Republic shares the same engine and features as its sequel, most of this guide is applicable to KOTOR 1 as well. Make sure to check back regularly for updates.